This content was paid for by Erste Group and produced in partnership with the Financial Times Commercial department.

Is the region’s healthy job market creating complacency in training and education?

The orange two-door pick-up truck is made for extreme off-roading – its load bed lights up, a light bar on the roof illuminates the terrain far ahead, and there’s a winch on the front grille. Called the Mountiaq, it’s an impressive piece of design. The surprise is that it was designed not by experienced engineers but by 35 students aged between 17 and 20 at Skoda’s Vocational School in Mladá Boleslav in Czechia.

Each year, Skoda’s apparent. At least 70 percent of jobs require at least some computer skill ices build a concept car, working closely with the company’s production and design experts. Skoda “also benefits from the project thanks to the feedback and ideas of young professionals,” says Bohdan Wojnar, Skoda management board member responsible for human resources.

The school is an example of the kind of future-focused education that is vital to the countries of Central and Eastern Europe (CEE) if they are to successfully compete in today’s “knowledge economy”.

Vocational schools are undoubtedly important – in much of CEE, manufacturing still drives the economy. In Czechia, manufacturing accounts for 23 per cent of gross domestic product, compared to the average of 14 per cent in the European Union. Many CEE countries have apprenticeship programmes based on the vaunted German model; however, in a recent survey across Bulgaria, Czechia, Hungary, Poland, Romania and Slovakia, only 18 per cent of executives said CEE’s educational systems were an advantage and 38 per cent said they were an outright disadvantage.

In the Communist era, CEE countries were known for strong educational systems, particularly in science, technology, engineering and medicine. By and large, the system worked well, says Daniel Munich, associate professor at CERGE-EI, who advised the Czech government on reform of tertiary education. “Almost everybody had upper secondary education; only a few went to university. People had a job for life at state-owned companies.”

But now there are new challenges, he says. “The system is not so well designed for current times. With globalisation and free markets, things are changing very quickly.”

CEE countries continue to shine in international measures of education quality, and on top of that, unemployment rates are low – Czech unemployment is under two per cent, the lowest in the EU. But this positive performance in education and employment is feeding complacency and masking an urgent need for change. “You can hardly convince people that modernisation is needed when there’s a low unemployment rate,” says Munich. “Things are still fine, but the future is at risk.”

Ironically, that low unemployment rate is partly the result of a brain drain, with some of the best and brightest from former Communist countries emigrating to better-paid jobs in western Europe. The CEE region lost seven per cent of its workforce between 1995 and 2017 and is forecast to lose an additional 25 per cent by 2050.

“The people who are leaving are usually younger and higher skilled,” says Sergei Guriev, economics professor at Sciences Po and former chief economist at the European Bank for Reconstruction and Development. “When they leave, it has a major impact on companies.”

For those choosing to stay, it’s a different challenge – keeping pace with the rapid change in skillsets that employers are looking for, says Konstantinos Pouliakas, an expert on skills mismatch at the European Centre for the Development of Vocational Training. “In CEE countries the older cohorts, who were educated under the planning regime, may have not developed the transferable skills needed for redefining one's career.” 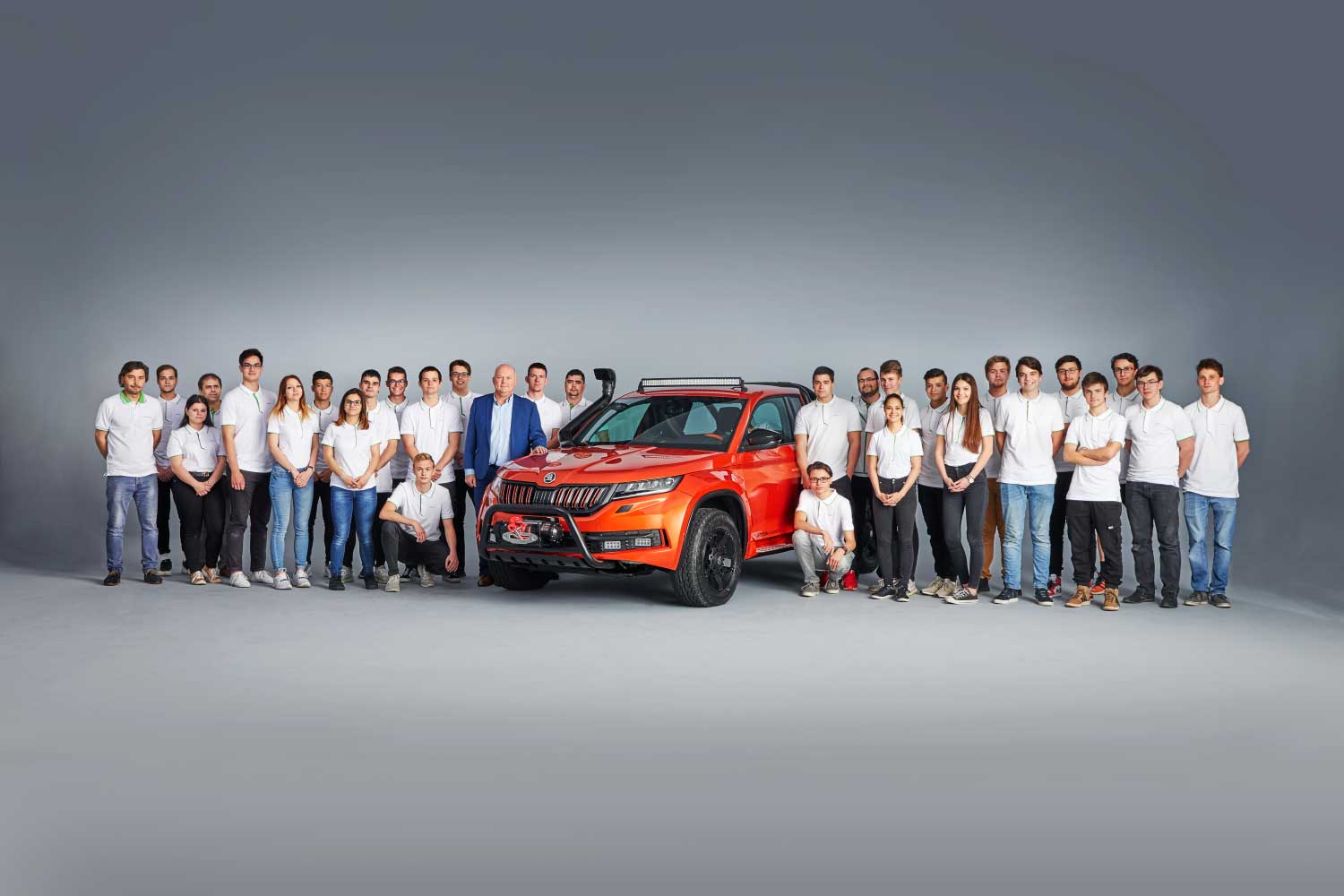 Skills agility – the ability to relearn constantly – is proving especially important in CEE countries, which are having to make structural adjustments by establishing new industries and closing others.

Skills agility is vital in the emerging knowledge economy. At least 70 per cent of jobs require at least some computer know-how, an EU study has found. Older workers are most likely to be behind, as the need for ICT (Information and Communication Technology) skills affects traditional lines of work: robots now assist skilled welders, 3D printing is replacing machine tool and die operators and electricians use apps to check standards and run calculations.

Not only do non-tech workers need to acquire better ICT skills, they need to be willing and able to update them as fast as technology evolves. “If companies want to be competitive over the long term, they have to attract workers who are learners, who like to continuously educate themselves,” Pouliakas says.

Younger workers in CEE are moving towards typical European Union skill levels, but many still feel let down by the education system, which falls short in equipping them with “soft skills” – communication, creativity and problem solving. It is these very skills which, according to global recruitment firm ManpowerGroup, recruiters most prize today.

Skoda’s Bohdan Wojnar agrees. “Soft skills, such as communication, cooperation, self-assertiveness and creativity development, remain a general shortcoming,” he says. Such skills are the hardest to teach, but education has a vital role to play as the required mindset is moulded early on. Yet, says Daniel Munich, schools in CEE countries “still focus on memorising and remembering procedures while neglecting open-minded thinking, principles and problem solving.”

The result, he says, is that “it makes it difficult for people to learn new things in the future.”

To be fair, the educational system achieves a lot with little investment, but Munich argues that reform is urgently required. “We need to change the curricula, change the manner of teaching and increase the proportion of vocational programmes and general programmes,” he says. And that means much more investment, not least in teacher salaries. “Nobody wants to be a teacher in this country,” he says.

Back at Mladá Boleslav, 50km northeast of Prague, Skoda is driving its own change. Besides its vocational school, the company founded Skoda Auto University in 2000. The university, says Wojnar, is continuously innovating to update the current study programmes, as well as preparing new programmes according to the needs of the automotive industry. “Industrial enterprises are the engine of the economic growth of the current economy,” he observes. “And therefore preparing young people for their future employment is an important part of their social responsibility.”

The need for change is clear. Now education needs to join industry and step up to the plate.

From recovery to reinvention

Amid concerns over access to jobs in CEE, structural support is on its way

A window of opportunity

Bernd Spalt, CEO of Erste Bank Group, on a brighter future for the region

“There is urgency to act”

Alena Kudzko, Director of the GLOBSEC Policy Institute, says the pandemic has accelerated the need for far-reaching reform across CEE

Is CEE equal to the task?

A new report measuring prosperity in Central and Eastern Europe shows the rise in wealth has been felt unevenly across the region.